Five Ways to Build a Better Relationship with Your Employees

Managers and team leaders have a crucial role in the workplace because they have the power to influence morale through the relationships they have with their team. When morale is high, workers perform better and generally stay with a company for longer. If you want to foster a better relationship with your team, then try these five tips that will get results.

Many leaders haven’t done managerial training. They often acquire the position by progressing through the company and applying for a promotion. This can leave some people in this position feeling a little awkward about their role. If you feel like this then remind yourself that great leaders aren’t born, they are made and it all starts with the right mind-set. If you believe in yourself and learn to feel comfortable with delegating tasks and giving meaningful feedback, then your team will respond accordingly.

In order to be approachable, you need to be friendly and demonstrate that you are trustworthy. This means having an open-door policy where workers can come and discuss any concerns that they have about their job or any issues that prevent them from working effectively.

A Harvard Business Review survey found that a staggering 56 percent of employees would trust a stranger more than their boss, which shows that in many organizations there is a climate of distrust between managers and workers. If you want your staff to trust you more then be sure to do these four things:
• Be open and friendly
• Do what you say
• Be respectful of other people’s ideas
• Be honest and supportive

You could also give them a task that you wouldn’t normally ask them to do because by doing this, you are showing them that you trust them. And humans are generally reciprocal by their very nature. If someone puts their trust in us, we are much more likely to put our trust in them.

According to Office Vibe, 89 percent of bosses think that the primary reason employees leave a company is to find a job that pays better when in actual fact, the figure is only 12 percent. The main reason why people leave a firm is that they don’t feel valued. This is backed up by research gathered by Global Studies. They found that the most common reason for people to leave their job was that they felt unappreciated.

Over time this issue can lead to low employee retention rates. However, it can easily be fixed by demonstrating good people skills and showing appreciation. A simple ‘thank you’ or praise for a job well done can do wonders for morale.

Do you know the names of everyone in your team? If not, then learn them because people tend to do better when they are acknowledged. In addition, find out what motivates them and implement strategies to increase engagement. When people are fully engaged at work they feel better about doing their job and perform better as a result.

Most of us spend a third of our lives working and one of the crucial factors in feeling satisfied at work is the social connections that we make with our colleagues. The author of How to Be Happy at work, Annie McKee says, “one of the ways we can make ourselves happy and feel more fulfilled in our workplaces is to build friendships with the people that work with us…” Be sure to encourage this because it’s beneficial to your team’s happiness and well being, and it’s good for business.

As someone in a position of power, you can help to cultivate a better working environment through the meaningful interactions that you have with your team.

END_OF_DOCUMENT_TOKEN_TO_BE_REPLACED

Imagine a movie where every character acts the same and agrees on everything. There would be no conflict and no new ideas for two hours, leaving audiences unsatisfied and unenlightened.

There’s more to building a great team than putting together great individuals. To bring the right creative and innovative energy to your company, you have to mix different skill sets and personalities.

If these personalities conflict, that’s all the better, assuming you manage it properly by creating an environment where people are safe to present and discuss diverse ideas. Nothing creative and innovative was ever born out of placid acceptance of the norms. Create your team to be interesting, not easy to manage, and creativity and innovation will flow from a conflict of ideas.

Everyone Has Their Own Role to Play

In a 2018 talk at the Stanford Graduate School of Business, Jeffrey Katzenberg, the co-founder and former CEO of Dreamworks, explained how he treats team building as a casting process. Every person has their own role to play, and their own character to add to the innovative story of your team. Katzenberg says that teams really can be more than the sum of their parts, and that if you get the mix of human capital right, “one plus one is going to equal eleven.” (youtu.be/rP-dB6f96gA)

Innovation researcher Greg Satell writes in the Harvard Business Review that, “you don’t need the best people–you need the best teams.” (hbr.org/2018/02/4-ways-to-build-an-innovative-team) The smartest individuals often flounder in the wrong team. They might not offer anything that other team members don’t already offer. They might not have the perspective to try anything new. They might be too smart for their own good, making them pretentious and uncooperative.

Don’t get lost in the aura of high-energy actors who won’t play well with the team. Start from skills first. What is your team missing? Who is overloaded already? Who could expand into other roles? Like a casting director has to balance the demands of talent with roles and characters, you have to balance individual skills and personalities with the larger creative needs of your team.

Think of yourself as a “knowledge broker,” as Robert Sutton of the Stanford Engineering School calls it. (hbr.org/2000/05/building-an-innovation-factory-2) Your role is not to pick the best people, but to pick people with the right selection of skills that you can guide and combine into something greater.

When building your team, don’t be afraid of a little conflict. Different ways of doing things and different ideals push creativity–if managed well. When ideas conflict, it’s a good sign that neither idea is fully formed and that something better is out there. Creativity is often waiting in the synthesis of existing ideas.

The key is that no idea should be off limits, especially in initial discussions and brainstorming. Google, after doing a massive internal study, found that the best indicator of team success wasn’t personalities, skill sets or intelligence but simply “psychological safety,” meaning team members felt safe in expressing any and all opinions. (nytimes.com/2016/02/28/magazine/what-google-learned-from-its-quest-to-build-the-perfect-team.html?_r=0)

Psychological safety is not the same as the “safe spaces” popular in some academic institutions. Whereas safe spaces shut down discussion by limiting opinions on controversial topics, teams promoting psychological safety have to be open to all ideas, no matter how opposed they might be to the usual way of thinking. To get the most out of your team, no team member should have to worry about being ostracized for holding the “wrong” opinion.

According to creativity researcher and psychologist Mihaly Csikszentmihalyi, the best creative ideas come from people questioning the basic assumptions of their “domain,” by which Csikszentmihalyi means the accepted, “set of symbolic rules and procedures” in a creative person’s field. (books.google.com/books?id=aci_Ea4c6woC) You and your team have to be willing to question standard industry practices and ideals. No great idea ever came from doing things the same way over and over again.

How to Manage Conflicting Personalities

Make sure everyone on your team knows their role, and set clear goals for your team to work toward. Try to keep your goals relatively open-ended. Goals should be about the problems your team needs to solve, rather than how exactly they should be solved.

When finding solutions to problems, your team will inevitably conflict over the best solutions, and they will encounter new problems. In your role as a leader and knowledge broker, you will have to act as a mediator. Instead of letting coders, designers and marketers double down, it’s your job to force them into constructive discussions, compromises and new syntheses.

Encourage conflict, but step in to interrogate your team members’ entrenched ideas. Drill down into their beliefs to uncover the assumptions that lie beneath their particular way of doing things. Keep asking them “why” until they can’t answer anymore.

For example, imagine a coder who absolutely refuses to try a designers idea. First, ask them why the idea won’t work. Maybe there isn’t enough memory, but why isn’t there enough memory? Maybe some other process is hogging memory, but should it be? Maybe there’s some way to shift memory usage. Perhaps another team member has a better way of organizing this memory-hogging process, or they might have an alternative idea that wouldn’t hog so much memory in the first place.

If you’ve cast your team well, there should be conflict. Different people with different backgrounds and skill sets will have different ideas. They will want to solve different problems in different ways. They will have strong opinions about how things “should” be done.

No conflict is a bad sign. It means no one is trying anything new, and that no one is questioning the standard way of doing things. Innovation comes from solving problems, and those problems won’t reveal themselves if everyone is ignoring them.

Your job is to put together a team full of different skill sets and ideas and then to manage and broker those conflicting ideas. If you lead your team of non-conformists well, you can push their knowledge into a new synthesis of ideas and valuable solutions.

END_OF_DOCUMENT_TOKEN_TO_BE_REPLACED 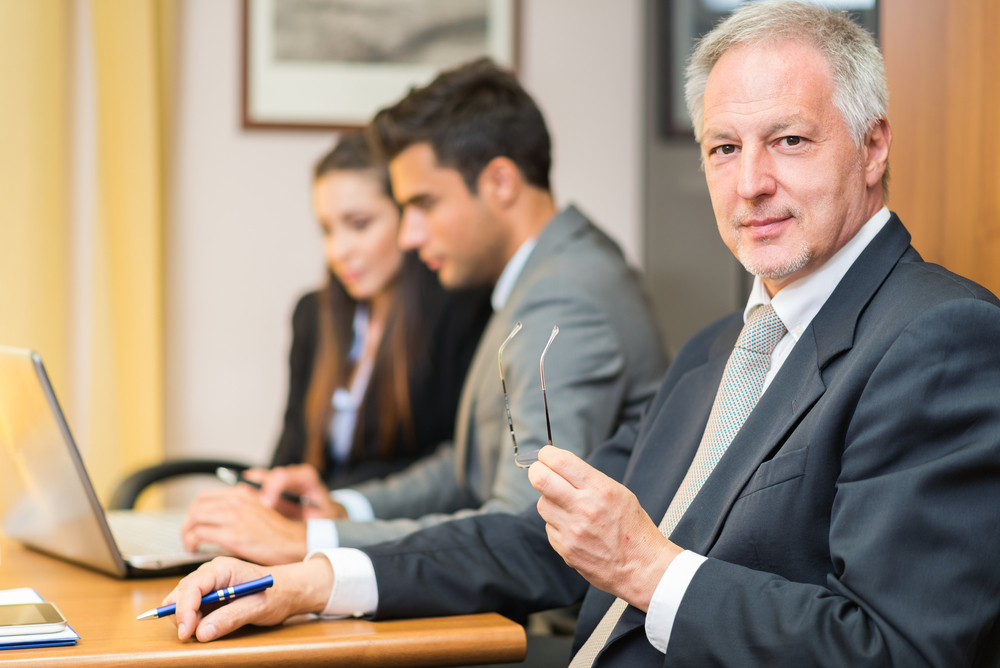 One of the worst things that can happen to your small business is to have disgruntled employees who dread going to work. That situation often leads to reduce productivity and engagement, as well as high turnover rates. That translates to less revenue and higher costs due to hiring expenses. How you treat your employees has a direct impact on their attitude, but you’ll often be busy on big picture tasks. Your managers and team leaders must pick up the slack. Here are a few traits that you’ll want to encourage in them: